How to filter data in SyteLine and CloudSuite Industrial

Learning to use “Filter in Place” (F4) is one of the most important skills to master to effectively and efficiently use CSI-Syteline.

...But “Filter in Place” is not the only way to filter a collection. “Filter by Query” or the query form (i.e. “Items Query”) offers more sophistication and ease of use than “Filter in Place.” Additionally, these filters can be saved and used again and again without having to build the entire syntax over.

END_OF_DOCUMENT_TOKEN_TO_BE_REPLACED
Posted by Jen Scherer at 05:23 PM No Comments

END_OF_DOCUMENT_TOKEN_TO_BE_REPLACED
Posted by Jen Scherer at 05:00 PM No Comments

Watch this video for a look at how the manufacturing ERP system, CloudSuite Industrial (SyteLine), is used within all aspects of your business- from the shop floor to the top floor.

CloudSuite Industrial is scalable, versatile and designed for your manufacturing business.

END_OF_DOCUMENT_TOKEN_TO_BE_REPLACED
Posted by Jen Scherer at 03:10 PM No Comments 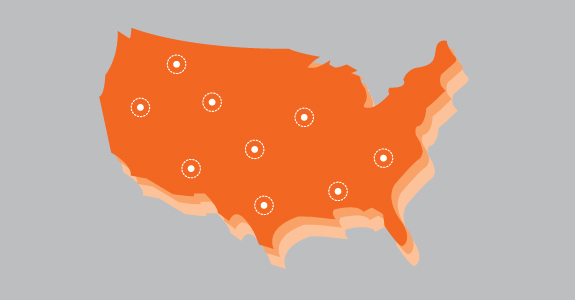 Small sellers that aren’t required to collect and remit tax under economic nexus laws aren’t necessarily off the hook for sales tax. If they sell through online marketplaces, their sales may be taxed under burgeoning marketplace sales tax laws.

Economic nexus policies have been multiplying like bunnies since the Supreme Court of the United States overruled the physical presence rule that once prevented states from taxing remote sales (South Dakota v. Wayfair, June 21, 2018). A sales tax collection requirement is triggered under economic nexus only after a remote seller meets a certain threshold of economic activity in the state, most commonly $100,000 in gross sales or 200 transactions in the state. Thus, small sellers not meeting one or both thresholds generally aren’t required to collect and remit tax.

However, small retailers that sell through larger marketplaces such as Amazon, eBay, or Etsy do need to worry about another rising tide: taxes targeting marketplace sales.

END_OF_DOCUMENT_TOKEN_TO_BE_REPLACED
Posted by Jen Scherer at 01:46 PM No Comments

END_OF_DOCUMENT_TOKEN_TO_BE_REPLACED
Posted by Jen Scherer at 01:45 PM No Comments